‘Is this social studies?’ Tony asked.

I said yes, because it was. It all started during breakfast with Sasha declaring rather nonchalantly ‘People who live in the Amazon are the happiest, compared to people in the civilized world.’ He meant tribes. The Amazon tribal lifestyle has been a topic in our household for a while now. It is mind-boggling that people can still live in tribes on one side of the world and the iPhone8 is being released on the other side. At the same time, it is horrible to think that people who do not endanger our well-being are being demised by many things including climate change, deforestation, natural resource exploitation companies, many of them illegal. Much of that powers our own lifestyle on this side of the world. In a nutshell. So yes, an impromptu social study class it was.

As for Sasha’s statement, well, it was a provocation of sorts for his older brother, who replied that he could never be happy if he had to live there. Too simple a way of life. They are happy because they do not know the difference, was his retort.

Much like one does during a veritable tennis match, my eyes were darting from one boy to the other. An engaged dialogue is a wonderful opportunity to voice opinions, learn, learn to debate, and do so without literally gouging each other’s eyes off. There’s a learning curve though. We’re riding it as we speak. I am usually the referee; I offer virtual glasses of cold water. Things got heated nevertheless.

Denmark, Tony said, has been declared to be the country with the happiest people on Earth. Not tribal, evidently, but quite advanced. So… what gives? Is happiness a one-faceted thing or… definition notwithstanding, progress is good, it keeps us afloat and powers our way of life. Tony’s argument. Yet… It kills us slowly too? It weakens us and burdens us? Hence the question: which is true, why, and how? Happiness, that is but one of the variables, yes?

Take another bite, half chew it, add a thought and keep the conversation rolling. The boys were so caught up in it, they kept intercepting each other and bringing arguments for each side.

Are people in our society equipped to survive, should a crisis situation arise? Many of us lack important knowledge of the natural world, because we have been so severed from it, by choice or by circumstance, Sasha argued. But progress and innovation are essential, Tony said. That’s how we came to be where we are. It is why we can communicate easily with each other, no matter how far, why we can use technology to serve us in ways that our ancestors never dreamed of (save for Leonardo da Vinci, and Roger Bacon, Sasha always adds, as he was quite the visionary.) We have medical care and more progress can only mean better things yet. Tony’s points.

Valid, all of them, but what is the price of all of this, I asked. What is the price of all this technology and progress, as we choose to refer to it? That the human mind is innovative, there is no doubt. We keep creating things and finding solutions to various problems. And that brings many good things. At the same time, the way our western society is shaped, there is something that shadows most of the good things innovation makes possible. Profit past the point of doing well financially; profit to the point of nauseatingly high profits. That’s where enormous waste, black markets, slavery, human suffering due to war and famine, for example, and environmental destruction lie.

Back to happiness – what makes us happy? Small communities where people are connected have lower levels of depression and unhappiness. Cities have countless amenities but there is, for the most part, the isolated existence phenomenon, which we get pushed into by fast-paced lifestyles, reliance on virtual connectedness (as if), and the belief that we do not need others to survive.

Happiness is a simple concept, and rather independent of material possessions. It should be anyway. Because material possessions do not actually feed the centers, but stimulate the dependence/addiction ones, which are situated, as far as I can tell, at the opposite end.

The debate went on for a while. One of the conclusions was that humans have been using nature for various purposes since the beginning of time. Conservation was not always done mindfully but perhaps instinctively. To survive. Nowadays it is done at a scale that challenges even the optimists’ imagination, and the result of it is what we call climate change, but beyond that, the result is a lot of human suffering, which again, we condemn when we think of times past, but are not willing to delve into it fully and learn about it as a facet of present day reality.

In short. We do know better nowadays; yet we act in ways that often prove the opposite. Therein lies the question. Happiness is elusive and not the ultimate purpose; or maybe it is. But can you have happiness without being connected to others, nature, and ultimately yourself?

A book Tony and I read recently titled ‘The Garbage King’ by Elizabeth Laird, brings interesting arguments to the issue. It’s a good read if you have the time.

To be continued. Meanwhile… your thoughts?

I feel a bit like the white rabbit in Alice in Wonderland these days; hurried, forgetting a few things, and just as often following my own steps until I realize I am running in circles. Adequately so, you could say. It’s the beginning of the school year, which means planning, more planning, sorting through books and ideas, sharpening handfuls of pencils and searching for erasers at the bottom of drawers. Jumping knee-deep in phone and in-person chats with our learning consultants, checking multiple mail boxes regularly… A word that does not exist in the summer dictionary other than to accurately describe our evenings spent on the river banks. Regularly showing up there, self-respecting river rats that we are. 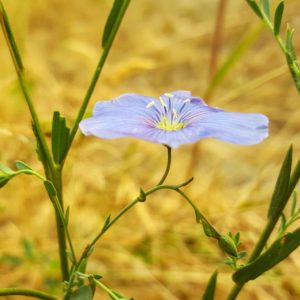 We are to transition (in harmony, if possible,) from those long-drawn summer nights when you fill the time laughing, playing, chatting, hiding behind sand castles you build on the river banks so the setting sun won’t find you, so you can keep going forever. 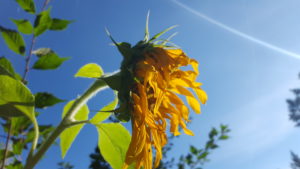 The autumn chill started swallowing those bright summer nights, cricket chirps and all, a couple of weeks ago. You see it clearer with each year passing by. Time flies. You know there is no running away from it, but in knowing that, you also learn to hug each day a bit closer and take a deeper breath each morning. You learn to take off your shoes so your feet can dance on the dewy grass, you learn to silence everything for a few precious moments; eyes closed, only bird songs should be allowed to breach the silence.

We will transition then. It’s an adventure, yes, another stage in our growing to know more of the world and place ourselves with grace somewhere in it. Grace, gracefulness, gratefulness… It’s how I find my balance. Brackets of gratefulness opening and closing each day (most days?) and each season, each year. Forgetfulness, forgiveness, learning what being human means, that’s also on our curriculum.

Doubt pinches me, it does. Am I going to know how to do it all? Is our learning adventure good enough to feed their growing, curious minds? The whole picture is dazzling and nauseating at once. I won’t go there. Instead, I go the old way: one day at a time. Yes, many will ask me once again, and again, if the boys get enough socializing (yes, they do) and if this is really learning (yes, it is, just jump into a conversation with them,) and if they are missing out on life of any other kind (no, but ask them?).

So it is then. We will put up our sails and ride the waves. Some will toss us every which way, some will downright maroon us on some forgotten shores from where we will find our way back to where we can see the stars again. And some will lift us all the way up from where we will gaze and see past the limitations. Learning is an adventure; a door that never closes.